A student (who wishes to remain anonymous) has started a business selling empanadas to students and teachers. An empanada is a dish from Latin America. The student is selling Colombian empanadas, from Colombia, a country in northern South America. It is very similar to the dumpling because it resembles one on the outside and has a filing on the inside. It is different from the dumpling; however, because its outer shell is hard, and it’s filling is typically meat. The outside of the empanada is made from masa (cornmeal dough). The dough is prepared and rolled into balls. Then they are squished and put in an empanada maker, a handheld device used to make the traditional shape of the empanada. Next, the carne molida (ground meat) is put on the squished dough, and the empanada maker is closed. When the empanada is finished, it is either fried or broiled, then eaten plain or with toppings. The student’s abuelo (grandfather) makes the empanadas, and the student delivers the money and the food and does the advertising.  Finally ,the money is split. All the customers have been  delighted at the taste and have  ordered more. “They were delicious”, said EVERYONE. 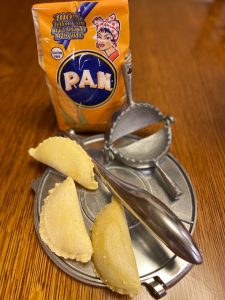 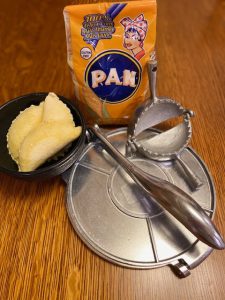